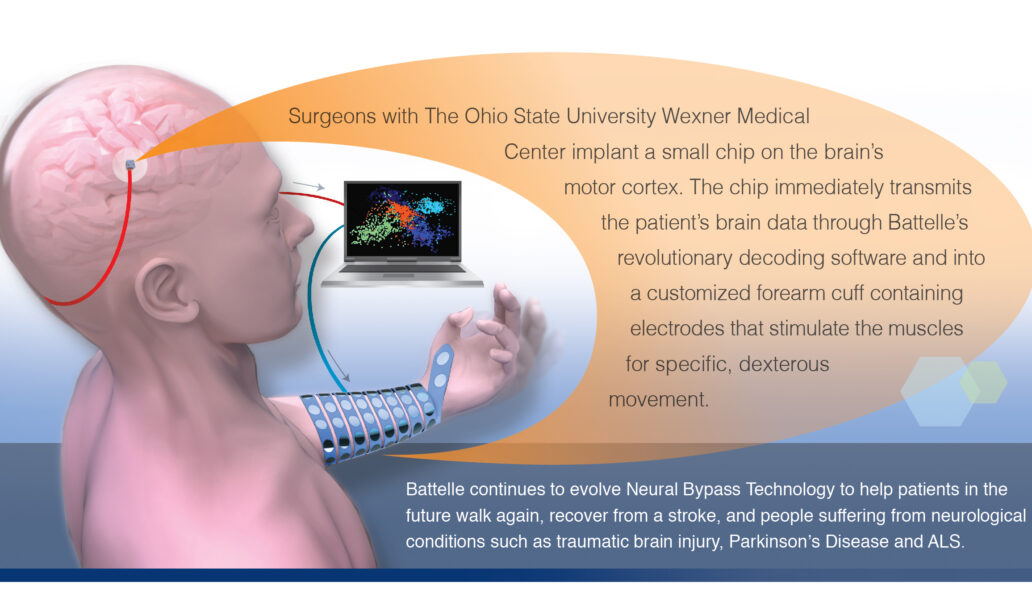 Battelle’s NeuroLife system has allowed a quadriplegic man to to make complex movements with his hand and fingers, using signals from his brain.

The breakthrough invasive device uses an artificial neural bypass that reroutes signals from the brain to the affected muscles. A tiny, 96 channel microelectrode array was implanted in the patient’s motor cortex. A cable port was positioned at the back of his head. The device taps into a few hundred motor neurons, providing enough information for the execution of basic physical tasks. A computer was then trained to understand the signals emitted by the motor cortex, resulting in the patient’s ability to move his hand with his thoughts.