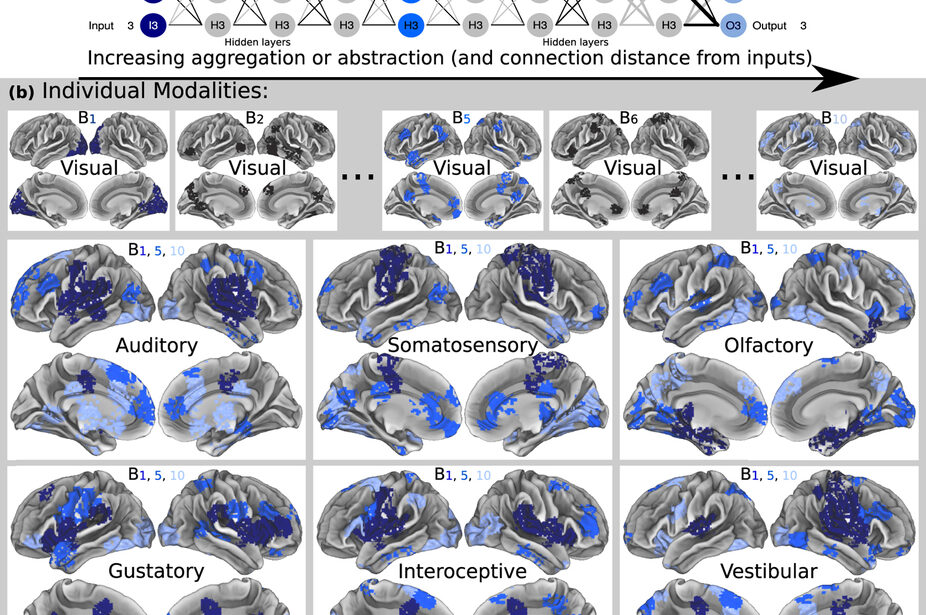 UMass professor Hava Siegelmann used fMRI data from tens of thousands of patients to understand how thought arises from brain structure. This resulted in a geometry-based  method meant to advance the identification and treatment of brain disease.  It can also be used to improve deep learning systems, and her lab is now creating a “massively recurrent deep learning network.”

Siegelmann found that cognitive function and abstract thought exist as an agglomeration of many cortical sources, from those close to sensory cortices to those far deeper along the brain connector. Her data-driven analyses defined a hierarchically ordered connectome, revealing a related continuum of cognitive function.

Siegelmann claims that  “with a slope (geometrical algorithm) identifier, behaviors could now be ordered by their relative depth activity with no human intervention or bias.”