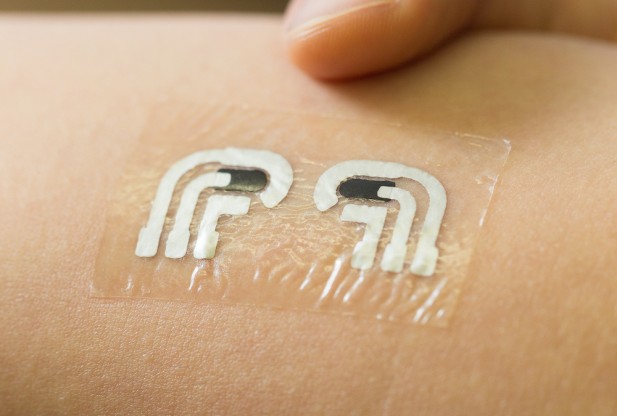 UC San Diego professor Joseph Wang has developed an ultra-thin, flexible device that sticks to skin like a tattoo and can detect glucose levels.  The sensor  has the potential to eliminate finger-pricking for diabetes.

The wearable, non-irritating sensor tattoo can detect glucose in the fluid just under the skin.  It is based on integrating glucose extraction and electrochemical biosensing.  Testing on seven volunteers showed  that it was able to accurately determine glucose levels. The sensor response correlated with that of a commercial glucose monitor.

Noninvasive monitoring will be one of the disruptive innovations discussed at  Wearable Tech + Digital Health NYC 2015:  The health sensor revoltion on June 30, 2015 at the New York Academy of Sciences.